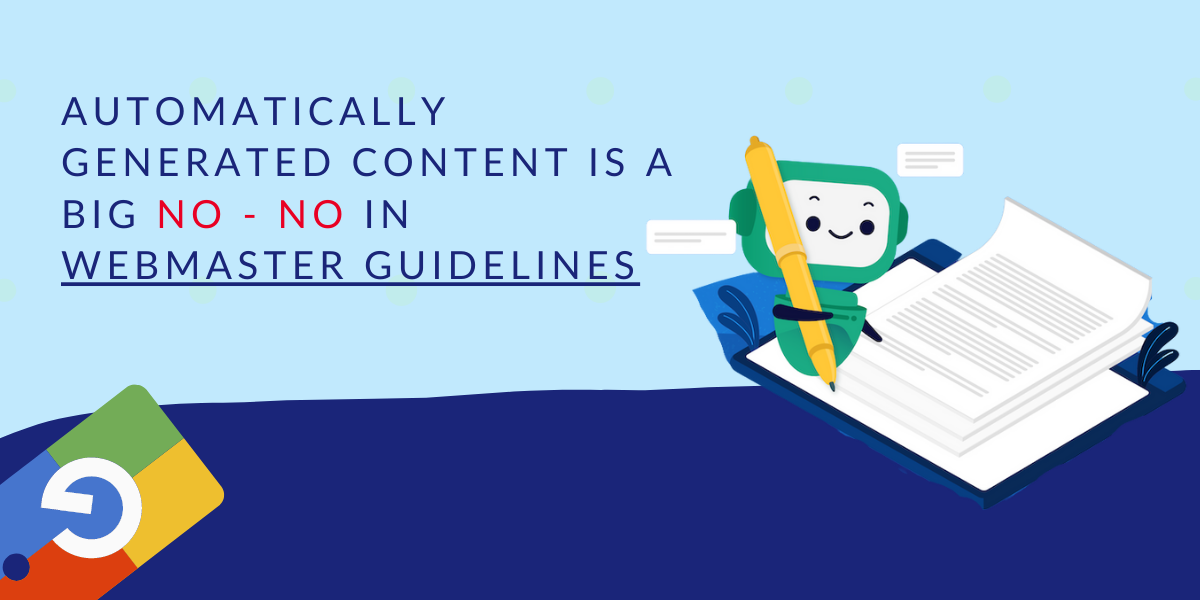 Posted at 09:05h in trending in seo by lotus
Share

In answer to an inquiry concerning GPT-3 AI writing tools, this topic was discussed during a recent Google Search Central SEO office-hours hangout.

He specifically mentioned that AI-generated content falls under auto-generated content and is not considered good if you’re creating content for users, but there are few companies using it practically without any trouble, Artificial intelligence for content creation isn’t necessarily a bad thing. It can be advantageous and simplify your job if applied correctly. We must remember to include human writers and editors in the process.

Automatically generated content is a big NO-NO in webmaster guidelines

Content written by robots is deemed automatically generated, regardless of the methods used to create it.

Google’s attitude toward auto-generated content has always been clear, as Mueller points out:

“For us, these would, essentially, still fall into the category of automatically generated content which is something we’ve had in the Webmaster Guidelines since almost the beginning.

And people have been automatically generating content in lots of different ways. And for us, if you’re using machine learning tools to generate your content, it’s essentially the same as if you’re just shuffling words around, or looking up synonyms, or doing the translation tricks that people used to do. That kind of thing.

My suspicion is maybe the quality of content is a little bit better than the really old-school tools, but for us, it’s still automatically generated content, and that means for us it’s still against the Webmaster Guidelines. So we would consider that to be spam.”

After explaining this, a question was asked about how google detects AI-generated content?

However, if Google’s webspam team discovers it, they are entitled to take action.

“I can’t claim that. But for us, if we see that something is automatically generated, then the webspam team can definitely take action on that.

And I don’t know how the future will evolve there, but I imagine like with any other of these technologies, there will be a little bit of a cat and mouse game, where sometimes people will do something and they get away with it, and then the webspam team catches up and solves that issue on a broader scale.

From our recommendation, we still see it as automatically generated content. I think over time maybe this is something that will evolve in that it will become more of a tool for people. Kind of like you would use machine translation as a basis for creating a translated version of a website, but you still work through it manually.

And maybe over time, these AI tools will evolve in that direction that you use them to be more efficient in your writing or to make sure that you’re writing in a proper way like the spelling and the grammar checking tools, which are also based on machine learning. But I don’t know what the future brings there.”

Towards the end, he clarifies Google doesn’t take into consideration how the AI writing tools are being used.