Does Technical site problems could cause a loss of rankings? 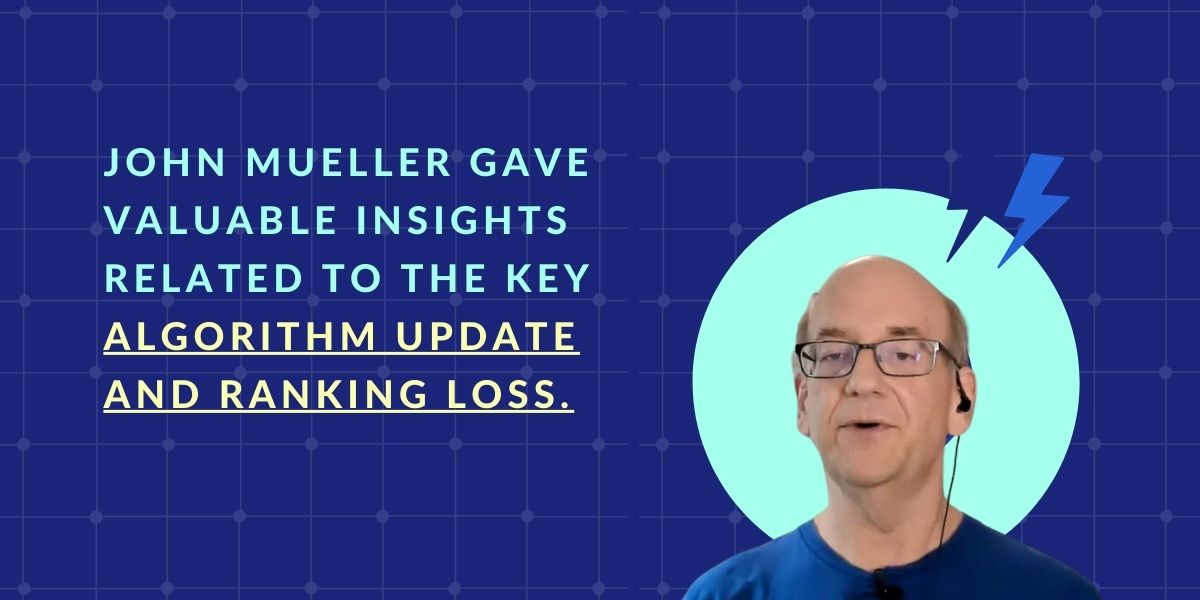 Posted at 05:54h in trending in seo by lotus
Share

With times your site might experience technical setbacks and that is completely normal, But do they affect your site rankings during a core update?

The answer is no technical errors might not be the only reason your site went down, there are so many things that go to and fro and contributes to rankings drop.

According to Google’s John Mueller, technical flaws do not usually result in a ranking drop during a core update. Mueller claimed that core update ranking problems are more often linked to quality issues, and he provided cases of the types of perceived quality flaws to which a core update isn’t responsive.

A question was asked by a website owner who lost his rankings after a google core update. Following the update, website rankings dropped and stayed down for up to six months, with no signs of recovery.

This was the question:

“Our website was ranking well before we performed a design overhaul. Our timing was terrible, as a core update was released just after the launch, which had some issues with internal links.

We suspect Google reassessed the site quality at this time, but we could resolve the issues.

Our ranking and traffic dropped a lot and lost all rich snippets in the process and is in limbo for the last five, six months.

Do we wait for another core update for Google to assess our site quality again or does this happen when the website is re-crawled?”

I mean if bad timing had a face, it would be this.

John proposed a solution and then provided two insights into what typically does not result in a core update-related ranking loss in his reply.

Mueller began by recommending that people learn more about core algorithm updates so they can better understand why a site lost search rankings after the update.

“So I think there are a few things here that come together.

But first of all, I would recommend checking out the blog post that we did about core updates. I think it’s called “What Site Owners Should Know About Core Updates,” something along those lines.

And it has a lot of information about core updates, especially about …the kinds of issues that we look into there and how things are resolved over time.

So that’s kind of the first thing I would do in a case like this.”

Up next he said:

“…the information that we use for core updates to understand the site, is something that’s collected more over the long term.

It’s not something where if, right when the core update launched you had a technical issue, then suddenly your site would fall into this problem.

It’s really something that is collected more over a longer period of time.

So that means if you are seeing any effects from a core update, that’s usually due to a longer period of time, where we’ve kind of run into issues that we’re looking at with regards to the core updates.”

Obviously, there can be some technical issues that, when a user looks at the website, kind of make it impossible to actually use the website.

But if it’s just something small, then that’s usually not a big issue.

So if you have things like 404s on a page or some broken links, that wouldn’t be a reason for our quality algorithms to kind of jump in.

But there are lots of other things that our quality algorithms do look for, and they’re all in the blog post.

So I would recommend taking a look at that.

Some of these things will improve steadily over time as we reprocess your website.

And some of them do require that our quality algorithms take another run through the site and that might take a while for that to happen.”

It’s a good idea to educate yourself with Google’s Core Algorithm Update explainer.

Core updates take advantage of information gathered over time about a website. This is something worth considering.

Technical issues are not the same as the typical quality issues that a core algorithm update is supposed to address.