GOOGLE November 2021 Core Update is now all over the Internet. 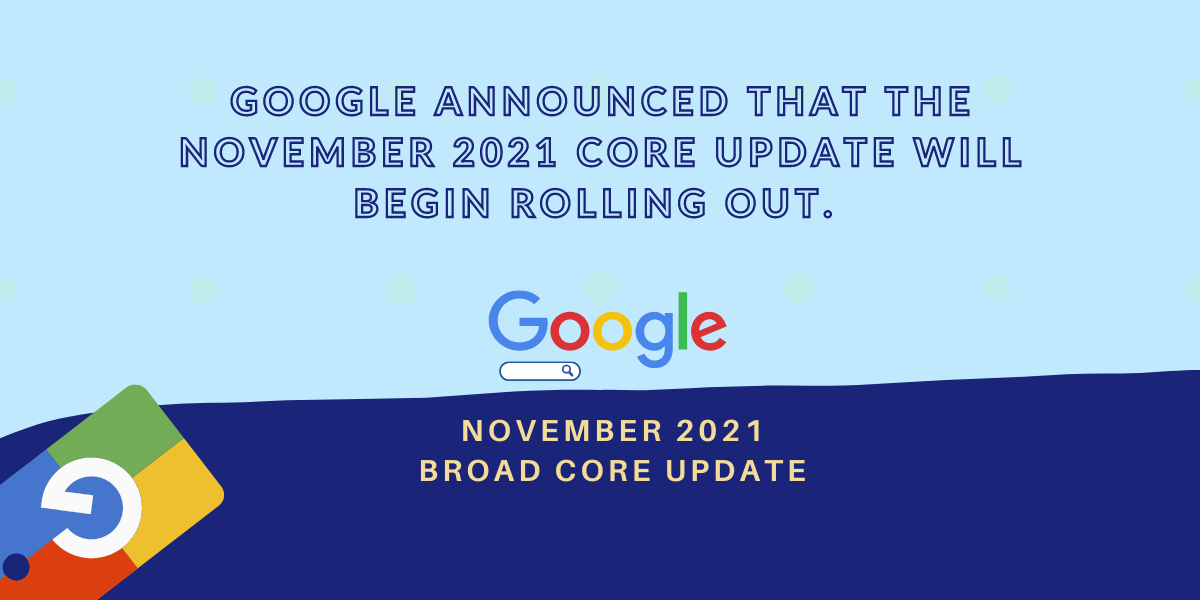 Posted at 09:37h in trending in seo by lotus
Share

What happens several times a year (almost every week nowadays)?

Yes, you guessed it right, its core updates and it decide the fate of your SEO efforts.

Yesterday, Google announced that the November 2021 Core Update will begin rolling out. 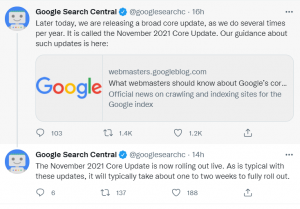 Later after 2 hours, they tweeted that it will typically take about one to two weeks to fully roll out.

It is a matter of concern that black Friday and Cyber Monday are around the corner and almost we all are prepared with our content pillars and campaigns and then google dropped this news.

We all need to Fasten our seatbelts – it’s going to be a bumpy week.

This leaves us with different questions spinning around our heads, it’s sad to see that few people are already experiencing traffic drops on their website. And plus the timing Google decided to roll it out is not at all favorable.

It was just a few days before the spam update rolled out and NOW THIS.

These tweets from various SEO experts leave us in shock as well as in surprise about what November’s core update will have for all of us in its basket. Google appears to change more commonly than it stays unchanged. According to most experts, Google changes its search algorithm 500 to 600 times per year. That’s between once and twice a day.

While the majority of these changes have little impact on the SEO scenario, some are significant and may change the way we write for SEO.

The following are Google’s Heads up for a large core algorithm update:

A common question after a core update is how long does it take for a site to recover if it improves content?

Broad core updates tend to happen every few months. Content that was impacted by one might not recover—assuming improvements have been made—until the next broad core update is released.

However, Google is constantly making updates to search algorithms, including smaller core updates. They don’t announce all of these because they’re generally not widely noticeable. Still, when released, they can cause content to recover if improvements warrant.

Do keep in mind that improvements made by site owners aren’t a guarantee of recovery, nor do pages have any static or guaranteed position in our search results. If there’s more deserving content, that will continue to rank well.

As always, it’ll take up to 2 weeks to fully settle down. So stay calm, don’t rush to conclusions, and keep up with your content quality.