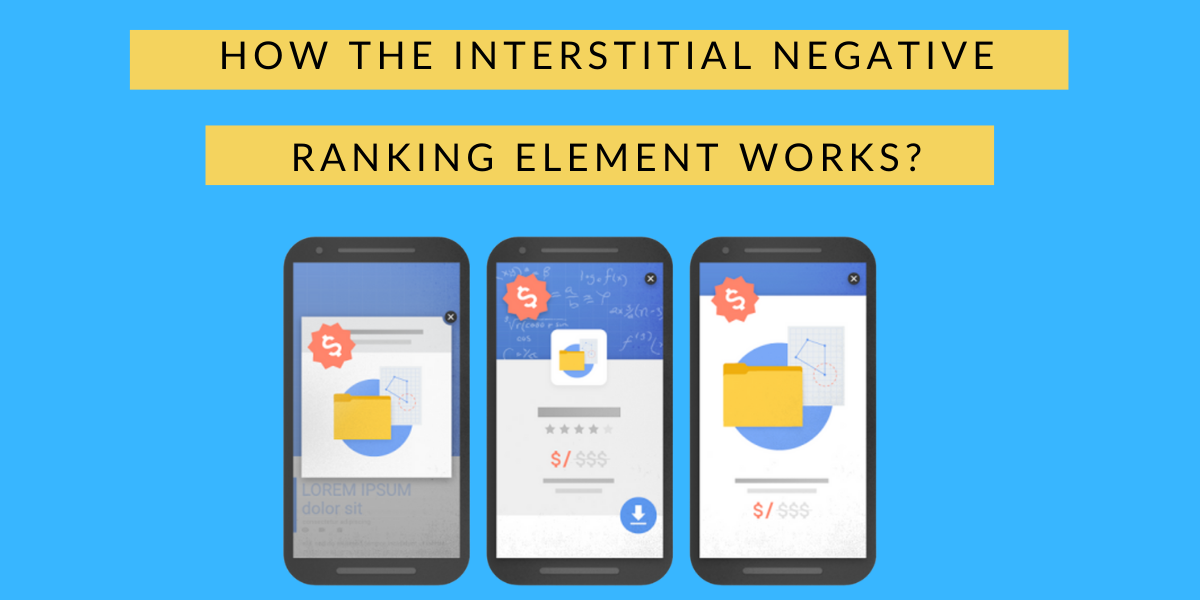 Posted at 11:50h in trending in seo by lotus
Share

Interstitial advertisements are invading the user experience of websites, applications, games, and other platforms. These adverts are supposed to appear naturally throughout the user experience while keeping the UX separate from the advertising component.

Those who value a clear distinction between an app and its business decision to advertise have appreciated these interstitials. Others, on the other hand, are less enthused, which is why Google has imposed fines on intrusive interstitial advertising.

Which is why Google’s John Mueller provided a more detailed description of how the interstitial negative ranking element works.

What are mobile interstitial ads?

A mobile interstitial ad is one that takes up a large portion of a web page and prevents the user from seeing the content.

The other type of mobile interstitial covers the entire web page.

In August 2016 Google announced that they were going to make mobile interstitials a negative ranking factor.

Google specifically noted these kinds of advertising as subject to triggering a negative ranking factor:

John Mueller stated that Google’s position has not changed or evolved in any way.

“There’s not really a change in our stance when it comes to interstitials in that intrusive interstitials is still something that we would use as a ranking factor.

It’s a part of the page experience and elements as well.”

Mueller went on to explain how to display interstitials in a way that does not cause Google to penalise you.

“However, this is essentially focused on that moment when a user comes to your website.

So if you’re using interstitials as something in between …the normal flow of when a user goes to your website, then from our point of view that’s less of an issue.

But really, if someone comes to your website and the first thing that they see is this big interstitial and they can’t actually find the content that they were essentially promised in search then from that point of view that looks bad.

But if people can go to your website, they can do something on there, they can start to play a game, and kind of like at the start of the next level you show an interstitial ad then from our point of view, that’s perfectly fine.

So from that point of view, probably this is less of an issue to focus on.

But that’s something where I would probably guess it’s okay.”

User experience is the most important factor to provide a lingering service to a customer. Although interstitial ads may distract the audience a bit but if presented in a non-spammy and smart ways, it will not be a problem.