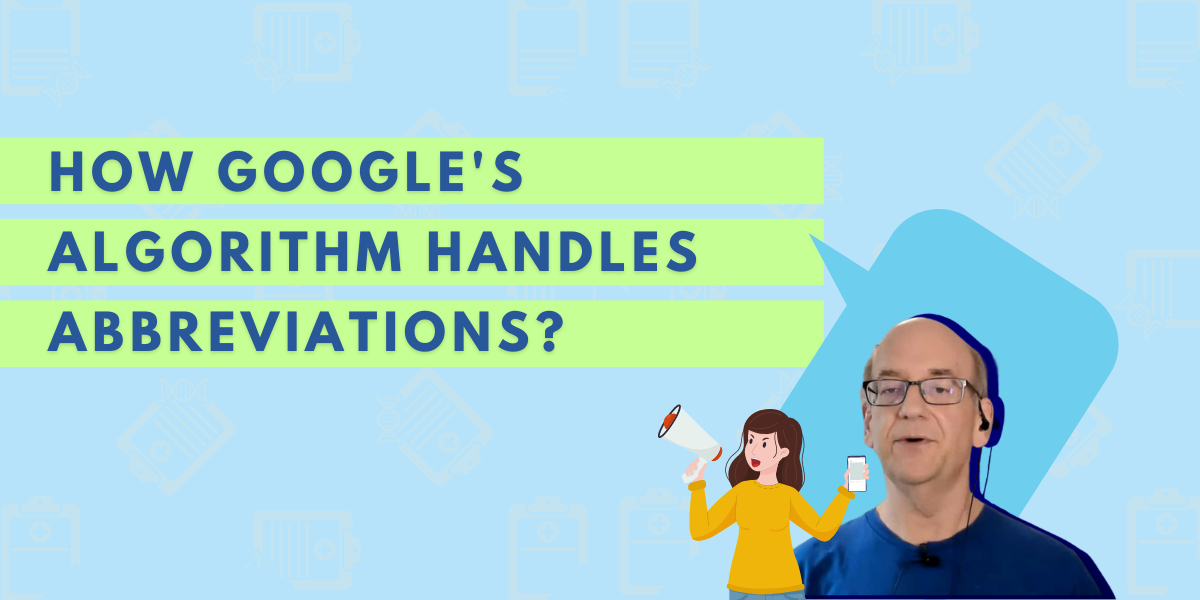 Posted at 09:28h in trending in seo by lotus
Share

Abbreviations are used commonly these days, they are used to simplify a word and are also widely accepted. For example Dr for doctor or Kg for kilogram. There are also a few abbreviations that are less known to people and can often be disturbing for your audience who actually doesn’t understand the abbreviation. For example BOGO – Buy one get one.

This is how your audience understands your jargon, let’s see how the google algorithm handles abbreviations.

A concern about how Google’s algorithm handles abbreviations was answered by Google’s John Mueller. John talks at length in response to the question, clarifying that these are simply synonyms and that Google doesn’t do anything special with abbreviations.

“And the short answer is we don’t do anything special with those kinds of things.

We essentially treat them as tokens on a page.

And a token is essentially a kind of like a word or a phrase on a page.

And we would probably recognize that there are known synonyms for some of these and understand that a little bit.

But we wouldn’t really do anything specific there in that we’d like to have a glossary of what this abbreviation means and handle that in a specific way.

So that’s something where, especially when it comes to synonyms, our systems learn these over time.

And for the most part, we handle them when people search and not when we do the indexing.”

Next, John Mueller suggests watching a video of Google Search Engineer Paul Haahr speaking at a search conference, which was uploaded by Google Search Central and in which he describes the use of synonyms for search queries.

“And in that video, he goes through some of the synonym challenges that we’ve run across in the past.

And I found that super interesting to look at and probably also gives you some ideas on how we might handle some of these kind of expansions when it comes to abbreviations.”

In the video that Mueller addressed, Paul Haahr explains the purpose of using synonyms:

“So what is our synonym system?

That is, when we see a query, it often is written in a different language than the documents used.

And we’re trying to match those things.

The way this actually works is, it looks a lot like we add a bunch of terms with OR.

Who here in the audience has used the OR operator?

And the way our synonyms system works is effective, we take a user query and we add a lot of OR terms to it.

And this is actually one of Google’s most important ranking components… that it’s sort of.. it’s something that we launched roughly 15-plus years ago, has improved a lot over the years.”

In his response, Mueller seemed to be implying that Google considers abbreviations to be synonyms. As a result, when considering how Google would interpret a page of content, an abbreviation could be reduced to a core meaning that could be viewed as a synonym.