Proven Best methods to use ALT Text In SEO 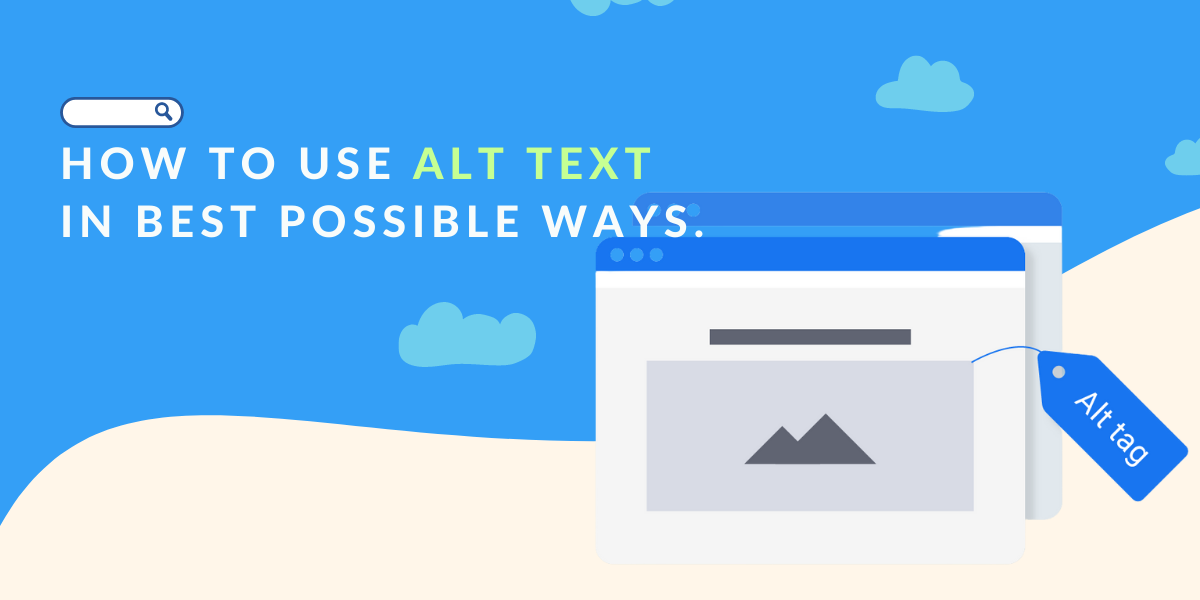 Posted at 08:03h in trending in seo by lotus
Share

You know we are an SEO agency and we talk a lot about SEO and how it can be a turning point for your business. Just like content, Image SEO also plays a vital role in your marketing strategy.

Image search in itself is a big deal and can drive significant amounts of traffic to your site. Image SEO is not only limited to Alt text optimization but there are so many practices you can adapt to top image search.

In this article, we will cover proven best methods to use ALT text in SEO and some actionable steps and insights from google’s John Mueller.

In a recent Google Office-hours hangout, Google’s John Mueller answered a question about how to use alt text for SEO. He also suggests ways to use alt text more productively to get more for your efforts.

“Alt text,” sometimes known as an “alt tag,” is a vital factor for accessibility, but it can also help your site rank higher in search engines (SEO). Even if the majority of your readers will never see this ‘hidden’ information, image alt text delivers essential data about your content to websites like Google, allowing it to be seen by the proper searchers.

Image alt text is used to describe what is in an image for those who use a screen reader to view a website.

A screen reader is an assistive technology that, among other things, allows people with visual impairments to access web content.

The screen reader reads computer documents aloud so that those who are accessing them can hear what is being written.

John Mueller addressed a question asked to him, he said that the question was:-

“Google said that there’s a maximum of 16 words that you can use in your alt text.

And the question is, does Google read the rest of my alt text, and what does this mean for usability?”

To this, Mueller answered the question:

“And I think the important part here is we don’t have any guidelines with regards to how long your alt text can be.

So from a Google Search point of view, you can put a lot of things in the alt text for an image, if that’s relevant for that particular image.”

The point that he mentioned about the 16 words limit is baseless and is not something imposed by google, Search engine journal says that this might be a result of an SEO test because Google is designed to rank actual words and is not designed to rank gibberish. So, you cannot just write anything and assume your website to rank.

How does Google use alternative text in images and how it is helpful in all over SEO of your business?

“When it comes to the alt text, we primarily use that to better understand the image.

So if someone is searching …in Google Images for something that kind of matches the alt text then we can use that to understand that your image is relevant for that alt text on that specific page.

That’s kind of the primary use case of the alt text.

We do also use the alt text as a part of the page. But that to me, that’s usually something that is already visible on the page anyway.

So it’s less something that is critical to the page itself.

So I would really use it as something that applies to the image and I would use it for usability and for Google Images to better understand that specific image.”

“And I think what might also be worth mentioning is when it comes to Google images, you don’t necessarily need to describe exactly what is in the image.

But rather, kind of like what this image means for your particular page.

So if you have a picture of a beach, you could use alt text and say, Oh this is a beach.

And kind of those intents are very different and people would be searching in different ways in Google Images to find more information there. And giving that extra context always makes sense, in my opinion.”

Best practices to use Alt text

Consider someone with visual disparities, How will you explain a scenery to that person, you will talk about the positions, the elements, and colors and give a proper context of the image, Similarly, Alt text is nothing but image context.

Google’s ambition for the future is to move toward visual search, which began with a complete redesign of Google Images a few years ago.

Alt text can boost your site’s SEO performance by adding more relevant signals to a web page and assisting Google in better understanding and ranking an image’s contents.