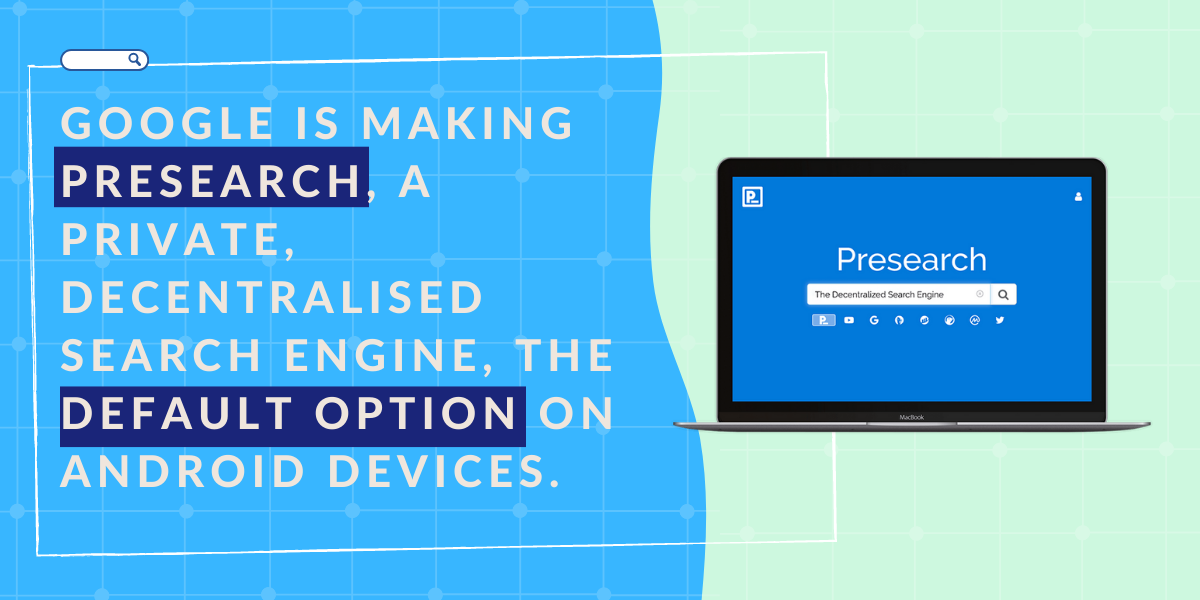 Posted at 07:32h in trending in seo by lotus
Share

In the United Kingdom and Europe, Google is making Presearch, a private, decentralized search engine, the default option on all new and factory-reset Android devices.

Nearly 70% of smartphone owners in Europe use the Android operating system, indicating that this budding search engine has a lot of room to develop its user base.

Presearch has 2.2 million users and does 1.3 million searches every day on average. 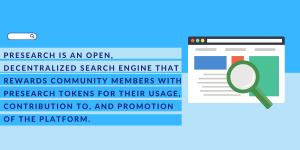 Presearch is an open, decentralized search engine that rewards community members with Presearch Tokens for their usage, contribution to, and promotion of the platform.

In a world where one company controls 77% of all searches, influencing trillions of dollars in spending, shaping perceptions and effectively acting as the primary gatekeeper to the Internet, a new, open and community-driven search engine is a necessity.

Presearch has an innovative go-to-market strategy to target the most frequent searches – web workers – and gain early adoption, on our way to releasing future versions of the open source platform that will utilize a blockchain-based index, curated by the community.

Presearch’s current search volume is reasonable for the niche it serves, given that it was launched in 2017. Its search volume has increased by 300 percent since January 2021.

DuckDuckGo is presently averaging 94 million queries per day, which gives you a sense of the size of the market for privacy-focused search engines.

The need is there, and it’s increasing year after year. DuckDuckGo, for example, averaged 65 million searches per day last year.

Presearch may not achieve the same level of success as Google, but it is now a search engine worth keeping an eye on.

Why is Google emphasising on adding more default options?

In an effort to satisfy the European Commission, Google stated earlier this year that it will increase the number of default search alternatives on Android.

Google is subjected to far more scrutiny in Europe and the United Kingdom than it is in North America. The European Commission punished Google over 4 billion euros in 2018 when it was discovered that it was abusing Android to obtain an unfair edge in the search industry.

Google used to require search engines to pay to be featured as a default option, but that requirement has since been abolished.

The 5 most popular eligible search engines in each European Union country will now be presented in random order at the top of the Android choice screen as a result of these changes.

Below the top 5, there are seven more search engines to choose from. This means that Presearch may display differently on an Android device’s choice page depending on the user’s location.

After celebrating this big launch presearch sent a thankyou message across the community. 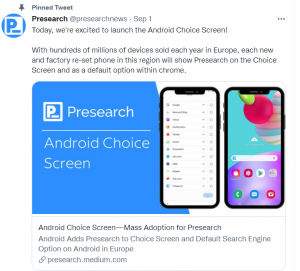 Thank you for telling your friends and family about us. Thank you for being friendly in the community to people who need help. Thank you for running nodes and helping to create one of the largest decentralized networks in the blockchain space today. Thank you!”