Will SEO Pundits have to Optimize Voice Search for Better Future Outcomes? 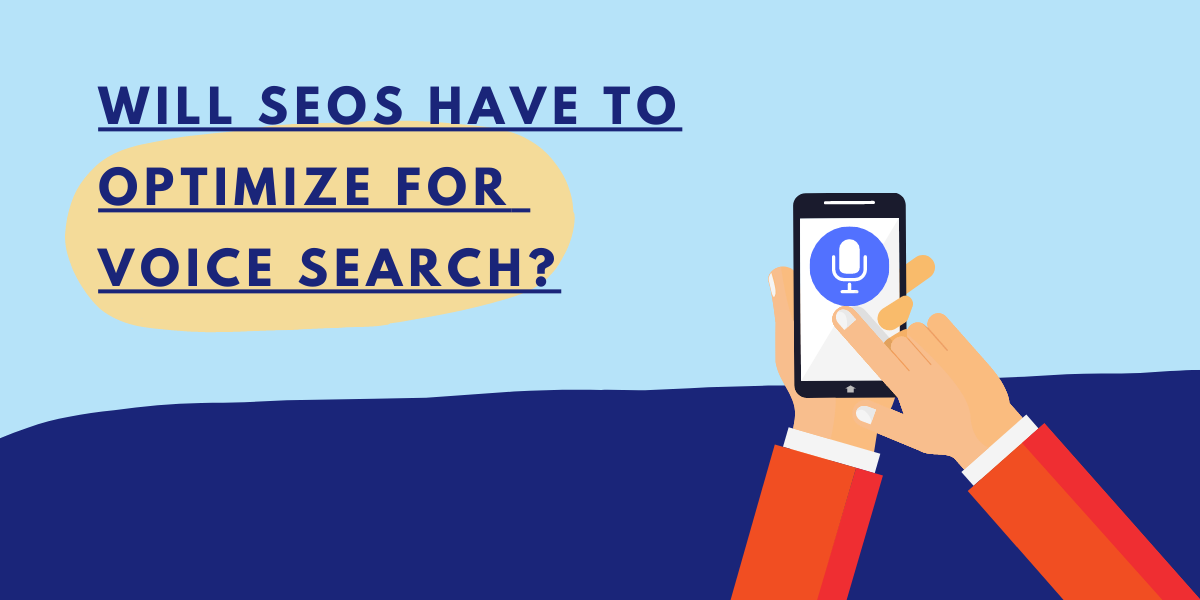 Posted at 10:48h in trending in seo by lotus
Share

Voice search has been hyped a lot since 2016 and in 2018, 1 out of 3 articles suggested optimizing your website for voice search to get the best results.

But recently, Google’s Martin Splitt clarified that voice search is not really the future and that there is no need to optimise for it.

Voice Search is a technology that converts human speech into text and then scans it for questions and commands. A difficult task is given that people are using conversational phrases rather than simply typing a keyword into the search console and pressing “Google Search.”

Google embraced speakable structured data and added Guided Recipes to the search console. Google constructed an on-ramp to the voice search highway, but it did not appear to lead anywhere. We now know why, thanks to a recent Search off the Record podcast: voice search is not the future of SEO.

Voice search is good enough to optimize but it’s not something that will help you get sales. Recent traits show that voice search is usually used for small actions like “turn off lights” or “what is SEO”, It is also good for small local businesses as a user can easily ask for directions to your place via voice search but if you’re trying to excel google, voice search is not the right suit for future. That announcement created an image of customers asking Google for news and Google speaking it to them while also sending links to the users’ mobile devices.

The Speakable structured data was pitched to publishers as a new channel for reaching a wider audience.

Web pages with speakable structured data can use the Google Assistant to distribute the content through new channels and reach a wider base of users.”

In a recent Search Off the Record podcast, Googlers John Mueller and Martin Splitt discussed the future of search, and the conversation eventually shifted to voice search.

John Mueller inquired whether the search industry would have to optimise for voice search in the future.

Martin Splitt didn’t waste any time and straight away responded

His response was ambiguous.

“Oh God, the future that never will be. I think no, because if we learn anything…”

“I remember a bunch of years ago, people were like: “Oh, we’ll stop using keyboards and just do voice.”

And I think that has been a recurring theme from the 90s.”

He mentioned that the “input modality” of voice search had changed, which means that how search is experienced has changed but that the back end of a search that processes voice commands has not changed, implying that voice SEO does not need to exist.

“But I think in the future, it won’t change and will naturally or magically become the number one thing that we need to worry about.

Simply because it changes the input modality, and it probably changes how queries are phrased, but it doesn’t change the fundamental use of natural language to retrieve information from the Internet.

So I think you don’t have to worry too much about it, to be honest, but that’s maybe just me.

So, we believe the explanation is a bit opinionated but some of its statements make true sense.

You should optimize your website for voice search but it shouldn’t be your top priority, you can dedicate 20% of your SEO efforts to it because, in the end, it’s just the part of the distribution. The main focus is to create content that is problem-solving and audience-centric.