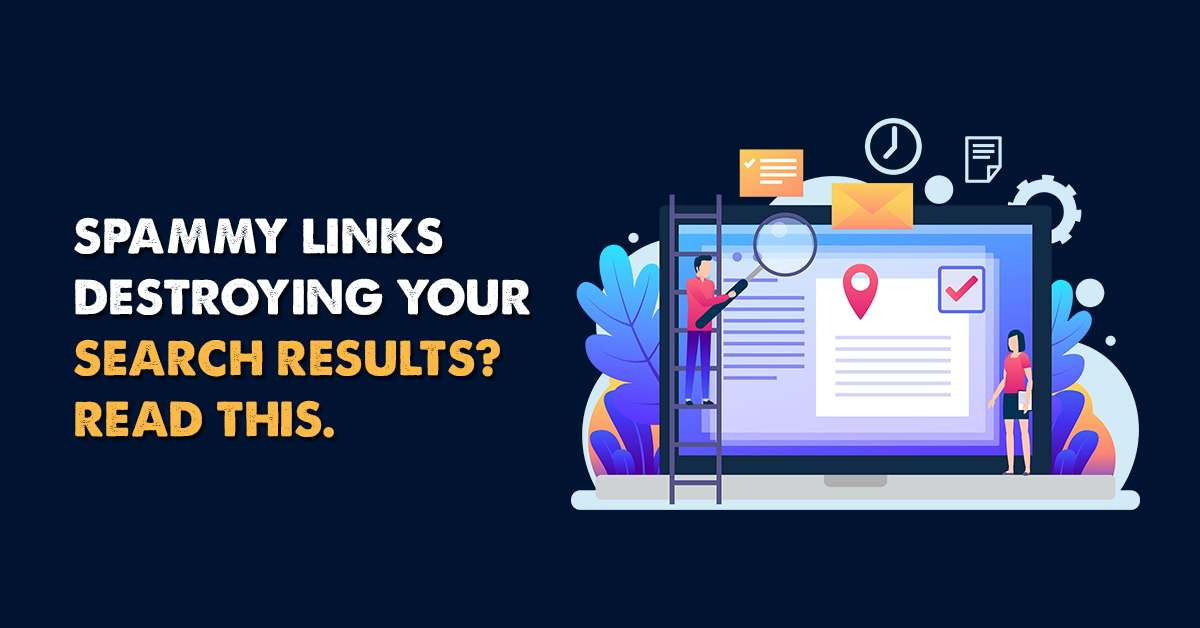 Posted at 06:06h in trending in seo by Mohit Behl
Share

In Google’s Office-hours Hangout recorded on 6 May 2022, Google’s John Mueller discussed how to go about handling spammy backlinks when one of the viewers posed a question, revealing that they received a penalty during 2021’s Spam Update. The viewer went onto add that spammy sites were trying to link to non-existent pages of their website and thereby triggering a 404 response. Even though Mueller said this doesn’t necessarily mean this is harmful, there were ways, he suggested, following which, spammy backlinks should not cause rank-altering disruption. Let’s have a read at the entire discussion.

“What can we do if we have thousands of spammy links that are continuously placed as backlinks on malicious domains? They contain spammy keywords and cause 404s on our domain. We see a strong correlation between these spammy links and a penalty that we got after a spam update in 2021.

We disavowed all the spammy links and we reported the domain which is listed as a source of the link spam. What we else can we do?”

John took a threefold approach in handling the issue of unwanted spammy backlinks. First, discussing the relevance and role of 404 responses. Second, using the disavow tool to its advantage. And third, a more dedicated response to the problem in question.

He said, and we quote.

“I think this is always super frustrating as a site owner. When you look at it, you’re like; someone else is ruining my chances in the search results. But there are two things I think that are important to mention in this particular case.

On the one hand, if these links are pointing to …pages on your website that are returning 404, so they’re essentially linking to pages that don’t exist, then we don’t take those links into account because there’s nothing to associate them with on your website.

Essentially people are linking to a missing location and then we’ll say, well, like, what can we do with this link, we can’t connect it to anything, so we will drop it. So that’s kind of the first part, like a lot of those are probably already dropped.”

One positive takeaway from John’s elaborate response is that if the links were pointing to non-existent pages then that means Google wasn’t even counting those links at all. And that takes any ranking or traffic alterations due to spammy link out of the equation.

Use Disavow Tool to disown those spammy links

Mueller went on to advocate the use of disavow tool to take other spammy links out of the equation and by extension, out of Google’s system. So they can’t affect how Google perceives your website when it comes to ranking it.

“The second part is you mentioned you disavowed those spammy backlinks and especially if you mentioned that these are link from a handful of domains then you can do that with the domain entry in the disavow backlinks tool. And that essentially takes them out of our system as well.

So we will still list them in search console and you might still find them there and kind of be a bit confused about that but essentially they don’t have any effect at all. If they’re being disavowed then we tell our systems that these should not be taken into account, neither in a positive nor a negative way.”

If there is still a ranking drop, you might want to look beyond links.

As it’s been established, spammy links that result in 404 responses do not affect rankings. Using the disavow tool to take other spammy links out of the equation does not affect rankings. However, it is natural for everybody to put the first thoughts of suspicion onto links rather than looking inwards and finding issues with the website in question.  Muller concluded.

“So from a practical point of view, both from the 404 side and from the disavow, probably those links are not doing anything negative to your website. And if you’re seeing kind of significant changes with regards to your website in search, I would not focus on those links but rather kind of look further and that could be within your own website.

Kind of to understand a little bit better what is actually the value that you’re providing there, what can you do to really stand up above all of the other websites with regards to kind of the awesome value that you’re providing users, how can you make that as clear as possible to search engines. That’s kind of the direction that I would take there.

So, not lose too much time on those spammy backlinks. You can just disavow the whole domain that they’re coming from and then move on. There’s absolutely nothing that you need to do there. And especially if they’re already …linking to 404 pages, they’re already kind of ignored.”

If you’ve faced a similar situation and have successfully used the disavow tool to get rid of every spammy backlink and waited for good 2-3 months and still can’t figure out what caused the drop in rankings, you might need to look for other issues, possibly technical, within your website and diagnose and fix them. Watch John Mueller’s full response to question at the 20:54 minute mark and may be also stick around for the rest of the discussion for some other valuable insights.