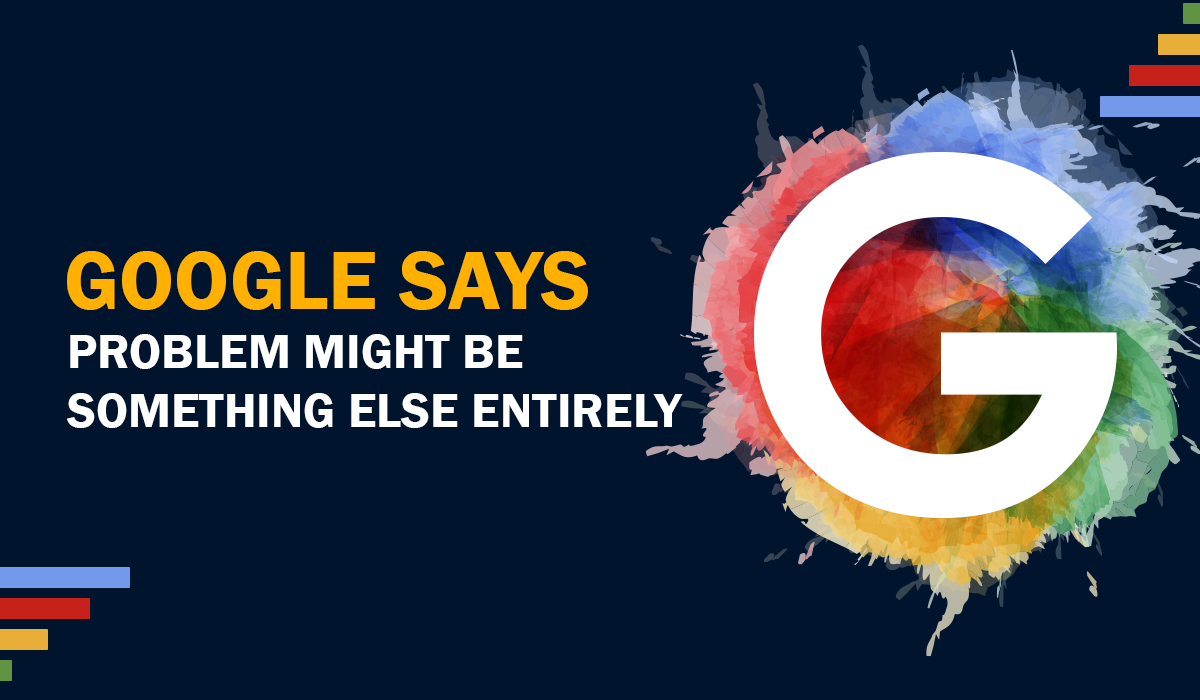 Posted at 06:57h in trending in seo by Mohit Behl
Share

It has been merely been three days since the latest core algorithm update titled May 2022 Core Update started rolling out. And we couldn’t find a better way to put at ease the too anxious, the ones who are already noticing huge downward fluctuations in their site’s traffic and search result standings. While the update will take another 4-11 days to finish fully rolling out, we thought we should throw some light on a few of the possible reasons for a drop in rankings and traffic

In Google’s Office-hours Hangout recorded on 29 April 2022, Google’s Search Advocate John Mueller discussed whether technical site issues that arise right before a core update starts rolling out can cause disruptions in traffic and subsequent loss in rankings. Thankfully, he confirmed that they do not, adding that any loss in rankings is more likely due to quality issues. He then went on to cite examples of the aforementioned quality issues which we will cover in under two under two minutes. It all started when one of the viewers stated that their site had gone through a major design makeover right before a core update and that the website’s rankings crashed drastically thereon and hasn’t recovered in more than 6 months. Let’s take a look at the full discussion.

“Our website was ranking well before we performed a design overhaul. Our timing was terrible, as a core update was released just after the launch, which had some issues with internal links. We suspect Google reassessed the site quality at this time, but we could resolve the issues.

Our ranking and traffic dropped a lot and lost all rich snippets in the process and is in limbo for the last five, six months. Do we wait for another core update for Google to assess our site quality again or does this happen when the website is re-crawled?”

“So I think there are a few things here that come together. But first of all, I would recommend checking out our blog post that we did about core updates. I think it’s called “What Site Owners Should Know About Core Updates,” something along those lines.

And it has a lot of information about core updates, especially about …the kinds of issues that we look into there and how things are resolved over time. So that’s kind of the first thing I would do in a case like this.”

“…the information that we use for core updates to understand the site, is something that’s collected more over the long term. It’s not something where if, right when the core update launched you had a technical issue, then suddenly your site would fall into this problem.

He made it quite clear that a core update analyses data over a long term rather that what you did with your website a day or two before the core update hit. And that means if your website is seeing a facing the negative impact from a core update, it may well be because of the issues that have persisted from a long time and went unaddressed.

Technical Issues and Quality Issues are like Chalk and Cheese

John concluded by stating that technical site issues aren’t the same as quality issues and that the former don’t usually cause a drop in rankings during a core update rollout. He also stated that some technical issues like broken links or 404s also aren’t usually the problem.

Obviously there can be some technical issues that, when a user looks at the website, kind of makes it impossible to actually use the website. But if it’s just something small, then that’s usually not a big issue. So if you have things like 404s on a page or some broken links, that wouldn’t be a reason for our quality algorithms to kind of jump in.

But there are lots of other things that our quality algorithms do look for, and they’re all in the blog post. So I would recommend taking a look at that. With regards to the resolution after improving your website, that’s also mentioned in the blog post. Some of these things will improve steadily over time as we reprocess your website. And some of them do require that our quality algorithms take another run through the site and that might take a while for that to happen.”

It is also important to note what Danny Sullivan wrote in the recent blog on May 2022 Core Update, featured on Google Developers.

“Core updates are changes we make to improve Search overall and keep pace with the changing nature of the web. While nothing in a core update is specific to any particular site, these updates may produce some noticeable changes to how sites perform, which we’ve noted in previous guidance on what site owners should know about core updates.”

So, we would suggest to wait patiently while Google confirms the completion of May 2022 Core Update before you get to analysing things, because right now, there is no point. Watch John Mueller’s full response to question at the 10:53 minute mark and may be also stick around for the rest of the discussion for some other valuable insights.