Are Backlinks Going to be Dead? Google Answers. 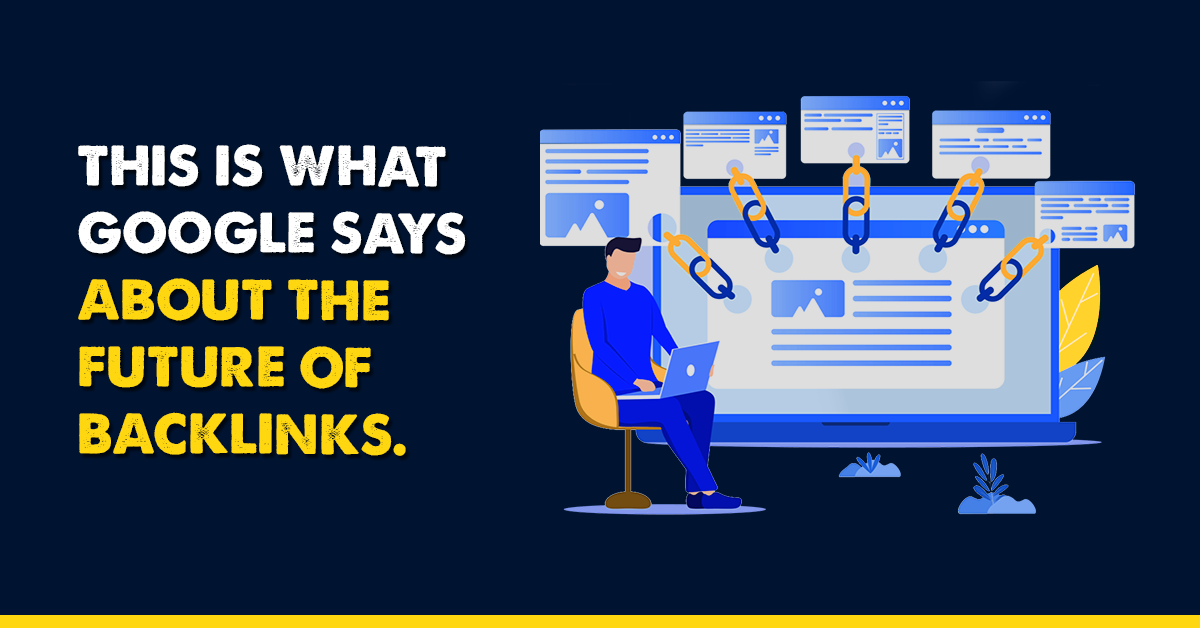 Posted at 12:06h in trending in seo by Mohit Behl
Share

In a live session of Search Off the Record Podcast at Brighton SEO concluded not too long ago, Google’s Search Advocate John Mueller, along with Lizzi Sassman and guest Myriam Jessier discusses about the future of backlinks. John made a prediction that the strength of backlinks as a ranking factor will gradually decline over the course of time. The statement, which sent shockwaves across the SEO sphere, was a response to one of the pre-selection questions shared by the audience.  The viewer wanted to know about the criteria that Google uses to penalise backlinks that operate in the grey area. Google’s stand on it, however, has been quite clear from the very beginning. Any form of unnatural link-building is actively discouraged and indulging in it could get your website penalised. Even though Google consciously tries to side-step from the questions involving ranking factors and penalty criteria, the general consensus is that unnatural link-building is a big no-no.

Backlinks as ranking factor will become less critical over time.

Here’s the full question submitted by one of the viewers, who also happens to be an SEO.

“As an SEO, we are interested in backlinks. However, actively working on backlinks often becomes a gray area in terms of link schemes. What are Google’s main criteria for penalizing backlinks?”

John’s response, expectedly, took a slight detour from the original question; he chose to focus on the ranking factor instead of the penalties. He said.

“Well, it’s something where I imagine, over time, the weight on the links at some point will drop off a little bit as we can figure out a little bit better how the content fits in within the context of the whole web.”

In a way it makes sense that as Google evolves, it will become more adept at understanding what the page is all about, maybe without even relying on the inbound links. To that end, John implies, it isn’t worth the effort thinking of ways to avoid penalties, or worse, escape them. However, there is more to the story and backlinks have a larger role to play.

But can backlinks can reveal a larger picture about the website.

“And to some extent, links will always be something that we care about because we have to find pages somehow. It’s like how do you find a page on the web without some reference to it? But my guess is over time, it won’t be such a big factor as sometimes it is today. I think already, that’s something that’s been changing quite a bit.”

It’s a fair point but one thing that Google has failed to convey in the discussion is that a backlink profile of a website tells a much larger story. The quality of backlinks says that the website is trusted by other websites, and just how authoritative they are. Unless Google’s algorithm can somehow learn to pick up these factors from the on-page content itself, we, personally speaking, can see no reason why backlinks will lose their bite in the future. Nevertheless, exciting times lie ahead. You can listen to the discussion at the 13:17 minute mark and maybe also stick around for some other valuable insights.