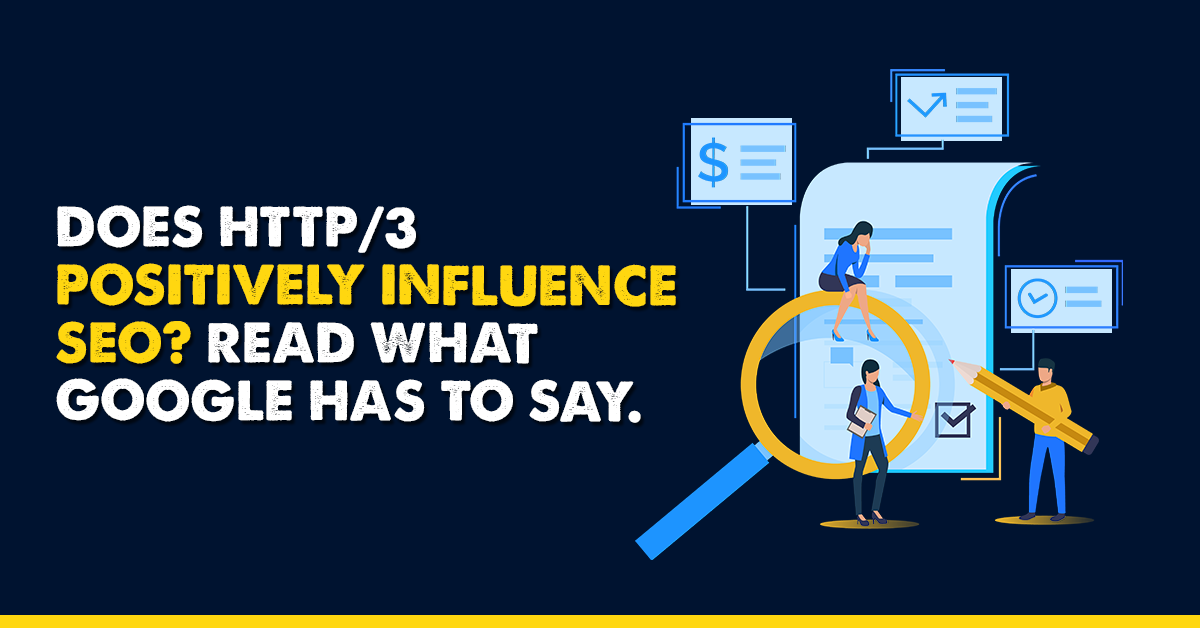 Posted at 10:00h in trending in seo by Mohit Behl
Share

In the recently concluded Google’s Office-hours Hangout for November 2022, one of the viewers asked if HTTP/3 could impact SEO in positive way since it improves a website’s performance. It’s a hypothesis that has been doing the rounds off late and Google’s Search Advocate was quick to debunk it, clearly stating that Google doesn’t use it as a ranking factor at the moment. John was also quick to add that HTTP/3 doesn’t help in crawling either. While it is true that HTTP/3 does offer some limited performance benefits over its former counterparts HTTP/1 and HTTP/2, they are restricted for users with fast connections. There’s also some talks about HTTP/3 could lead to better Core Web Vital scores and thereby could lead to better SEO performance. However, all that is just conjecture at the moment. Let’s take a look at the detailed discussion.

So, does HTTP/3 impact SEO?

“Could the use of HTTP/3 improve SEO because it improves performance?”

“Google doesn’t use HTTP/3 as a factor in ranking at the moment. As far as I know, we don’t use it in crawling either.”

Google uses HTTP/1 as its go-to option for web crawling, and in certain cases HTTP/2. But only in cases where the latter offers clear benefits over the former. It’s true that websites have started early adoption of HTTP/3, however the support for it yet to be recognised or established.

“In terms of performance, I suspect the gains users see from using HTTP/3 would not be enough to significantly affect the core web vitals, which are the metrics that we use in the page experience ranking factor. While making a faster server is always a good idea, I doubt you’d see a direct connection with SEO only from using HTTP/3. Similar to how you’d be hard pressed to finding a direct connection to using a faster kind of RAM in your servers.”

I don't think we crawl with http/3 but that doesn't mean you won't see positive effects for users (and with that, potentially indirectly core web vitals too).

A tweet dating back to 6 December 2021 reveals that John did admit to HTTP/3 indirectly affecting Core Web Vitals scores, but also clarifying that Google doesn’t use HTTP/3 to crawl websites. John’s response a year later more or less remains the same. You can listen to Mueller’s full response to question at the 05:20 minute mark and may be also stick around for the rest of the discussion for some other valuable insights.