Google Offers Advice Before Making Major Changes to a Website 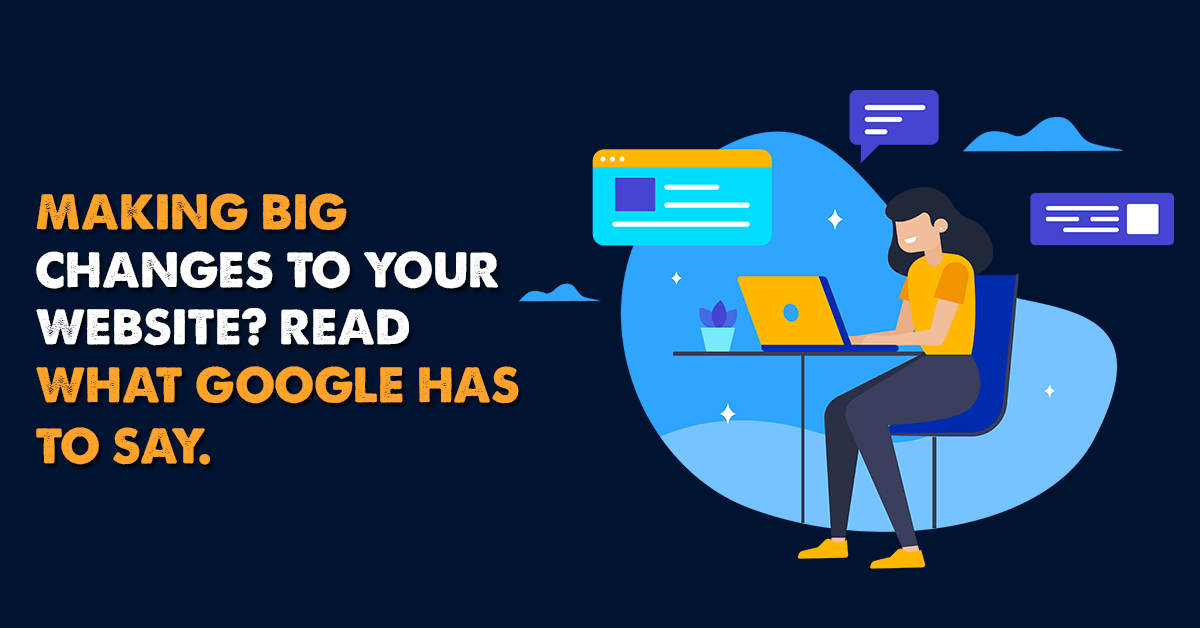 Posted at 13:14h in trending in seo by Mohit Behl
Share

In Google’s Office-hours Hangout recorded a couple of months ago, Google’s John Mueller offered big advice on what are the things you should consider before making any major changes to a website and whether or not you should actually do it. In a question posed by one of the viewers, John was asked about the SEO implications of moving from a non-www version of a website to the www version. The viewer wanted to know how long it would take Google to process the transfer and if there was a way of doing the whole thing without affecting their rankings and whether or not there were any other attached risks one should consider without making the big move.

Should you do it? Yes!

Here’s what the viewer asked.

“My website is on non-www which is ranked number one on Google. Both pages and posts …I want to switch from the non-www version to the WWW version. What’s the best way to do it without affecting SEO and is there any risk in… of changing when you do that?”

To which John answered.

“The best way to do this is to follow the normal site move guidelines that we have. And essentially everything is outlined there. So with regards to tracking the URLs that you have previously to kind of the following through with the redirect and making sure that all of that is set up properly, I would follow  those things.

My feeling is that overall a move within the same domain where you’re just changing essentially a different subdomain is something that is fairly unproblematic and should happen essentially fairly smoothly. And if you set up the redirects properly, if you’re not blocking things in any specific way then I would imagine that this is something that is processed within a week or so.

Even for, I don’t know, a medium-sized website it should be like a fairly straightforward move just from one subdomain to another. Moving between domains is a little bit trickier. Moving or kind of splitting or merging websites, that’s a lot trickier.

But this kind of move from one version to another version is usually totally unproblematic and it’s also something where if it were to take a little bit longer it doesn’t change anything for the user because they would click on the old link and just end up on the new page and it would all just work.

So, I think this is totally unproblematic and probably something that’s easily doable.”

But only if the new version of the website is better than the old one.

Thereafter, John brought up an important point that anybody thinking about implementing any kind of changes to their existing website should pay heeds to. He said that the changes made to the website should make it better than it was before in one way or the other. It could mean faster performance, better and more cohesive layout. It could also mean viewers now finding it easier than before to navigate across the website and its content. It could be to enhance the visual appeal of the website while also addressing issues like the ones we mentioned. He said:

“The main thing I would think about here though is that this is always like a site move kind of situation where you have a lot of work that’s involved. So I would kind of consider like what are you really trying to do by moving like this? What is the problem that you are trying to fix?

Bu if there’s no strong technical reason to do it I would just keep it as-is.”

This was interesting take where John zoomed out of the pixel and looked at the bigger picture in all its details with the major takeaway being the changes made should considerably improve upon the existing version of the website. All of you who’ve been mulling over whether or not to go ahead with the changes you’ve been meaning to implement, you have your answer. Watch John Mueller’s full response to question at the 37:48 minute mark and may be also stick around for the rest of the discussion for some other valuable insights.