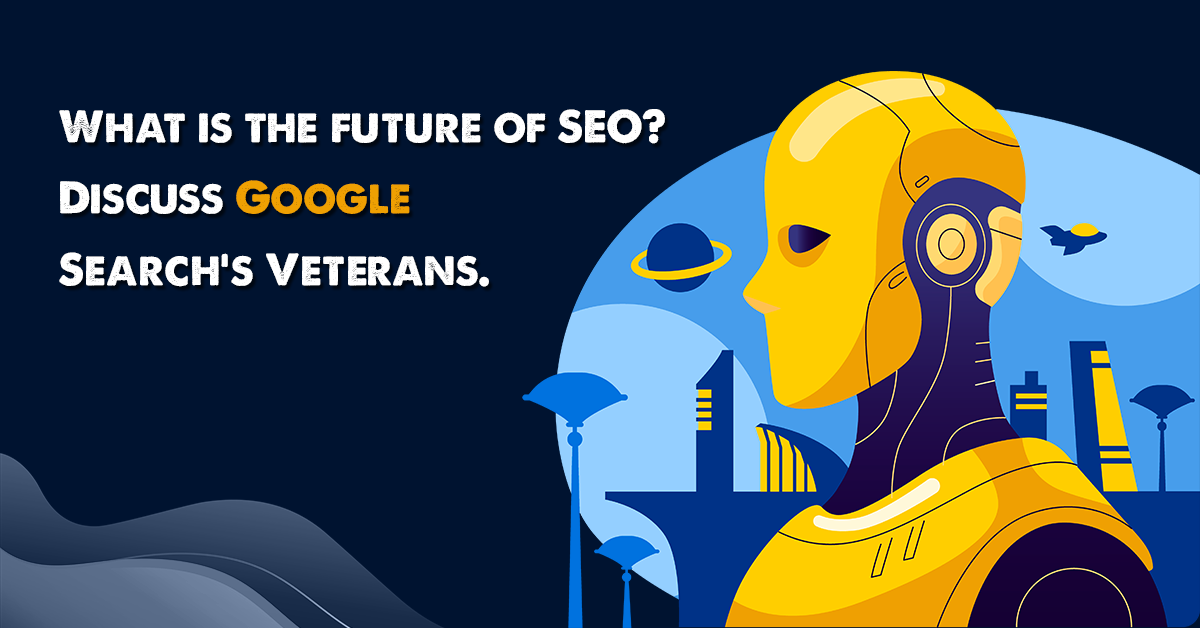 Posted at 10:34h in trending in seo by Mohit Behl
Share

In the latest episode of the ‘’Search off the Record’ Podcast series, Google’s Search Relation Veterans: John Mueller, Gary Illyes, and Martin Splitt got together to discuss a few key elements of SEO, and how each is expected to play a role in shaping up the future of SEO. Several elements, including HTML, JavaScript, URLs and then some more, were discussed at length by the trio who, drawing from their experiences and trends and changes they have all seen the last couple of years contemplated how each of these elements will impact the future of search in the coming years. While you can catch the entire 45+ minute episode here, however if you are in a hurry and would like to take a quick scan, here are some important highlights from the episode.

HTML will still be relevant

Mueller contemplated if HTML will still be relevant in the future given the fact (or calculated guess) that Content Management Systems are getting more and more skilled at handling more technical elements of a website, adding “Well, I mean it’s like if you just have a a rich editor and you just type things in and then you format your text properly and you add some links. What do you need to do with HTML?”

To which Gary responded and acknowledged that there is way more to SEO than just writing content and important elements SEO still require some technical knowledge of HTML.

“But SEO is also about link tags and meta tags and title elements and all those weird things in the head section of the HTML that you can put there. So you kind of want to know about them to control how your snippets look like or how your titles show up in search results and the rel canonical tag to control what will be the– or what should be the canonical version of a URL. You kind of want to know that.”

JavaScript to become all the more important

Muller believes that JavaScript may have bigger and more important role to play in how using Apps and SEO will coincide and how App developers and their subsequent brands want their apps to show up on the search results rather than JavaScript just sticking to conventional websites.

“I think the user is kind of expecting to be able to use any app that they have in any platform, any device that they use. And it feels like that kind of work is going to continue as well. And probably, that means things like understanding JavaScript will become more and more important for SEOs as well… But it probably also means that a lot of these apps suddenly have to think about SEO in general. Like what do they actually want to have findable on the web, because in the past, they were just apps.” said Muller.

Martin was quick to dismiss the idea shared by Mueller whereby there might be a possibility of more Meta Tags to be introduced in SEO in future.  Martin further added that it doesn’t seem like a very good idea, stating “I hope that we are not introducing more Meta Tags. And usually, when you see internal threads about, like, this search team wants to introduce a new Meta tag. Then usually both John and I jump on that thread and we are pushing back quite aggressively because there’s very rarely a good reason to introduce a new Meta Tag.”

Structured Data may soon become irrelevant for now it is important

Google needs Structured Data to understand what all is on a page but will there be a time when it is no longer needed? It was discussed how Google is almost at the cusp of not needing it anymore but as of now it is very much relevant, helpful and recommended.

Will AI-generated Content find favour with Google? That depends…

If the content is generated by machine but reviewed by humans before putting it up online then sure, Google will rank it as per its merit, like it has been doing so till now. However, Google doesn’t want anything to do with content that is generated by machine and without any human interference. Mueller discussed if SEOs in future will still need writers if text-generating algorithms evolve to a point whereby content is so intelligently written that one can’t tell apart machine-generated content from the one written by humans. To which Gary said:

Voice Search may just have to wait

Martin straightaway discarded the idea that Voice Search is the next big thing, stating:

“Oh God, the future that never will be. I think no, because if we learn anything—I remember a bunch of years ago, people were like: Oh, we’ll stop using keyboards and just do voice. And I think that has been a recurring theme from the 90s. But I think in the future, it won’t change and will naturally or magically become the number one thing that we need to worry about, simply because it changes the input modality, and it changes probably how queries are phrased, but it doesn’t change the fundamental use of natural language to retrieve information from the Internet. So I think you don’t have to worry too much about it, to be honest, but that’s maybe just me.”