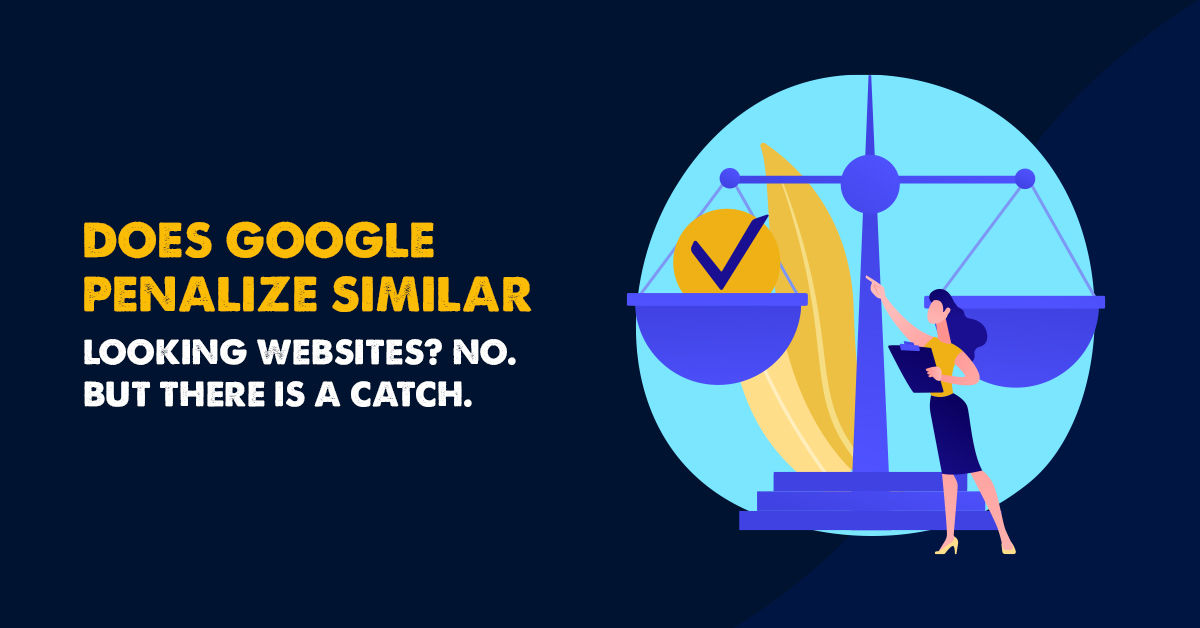 Posted at 10:41h in trending in seo by Mohit Behl
Share

In the recently concluded Google’s Office-hours Hangout for September 2022, Google’s John Mueller discussed how Google deals with two different sites that are near identical in their HTML, and whether or not Google imposes a penalty on such kind of situations. The question was asked by one of the audience members who wanted to know if two website that shared a similar look could still be ranked as per merit. While it was not exactly clear what the person meant by “similar”, whether it was purely based on how two sites shared a similar visual appeal or having similar or duplicate content, John took both the scenarios into consideration while answering the question. In short, he said, there is no penalty, manual action, or negative rankings of any sort for two identical websites. But let’s take a look at the discussion in a broad sense to understand the issue.

Is there a penalty in store of wither of the sites who look similar?

Here’s what the viewer asked.

“We’re planning to share the same backend and frontend for our two brands. We’re ranking quiet well with both of them in Google. How big is the risk of penalization if we use the same HTML structure, same components, layout and same look and feel between the different brand?

What would be different are the logos, fonts and colors. Or would you suggest migrating to the same front end but keeping the different experience between the two brands?”

To which John replied, “First off, there’s no penalty or web spam manual action for having two almost identical websites.”

But there is an issue of canonicalization that Google will deal with.

However, there is a catch, and that is that Google could pick either of the pages as canonical if they happened to share the same content as well. John continued his answer.

“That said, if the URLs and the page content is the same across these two websites, then what can happen for identical pages is that our systems may pick one of the pages as a canonical page. This means we would focus our crawling, indexing and ranking on that canonical page.

For pages that aren’t identical, we generally index both of them. For example, if you have the same document on both websites, we’d pick one and only show that one in search. In practice, that’s often fine. If you need both pages to be shown in search, just make sure they’re significantly different, not just with a modified logo or color scheme.”

That sums it up quite nicely. No, there is no penalty for two websites that share the same visual appeal. But there is a chance of one of the two sites not even being considered for rankings purposes if they happen to have duplicate content. It is quite unfortunate for genuine, hard-working people who publish high-quality original content only to lose rankings to those websites that copy their content. We sure hope Google is able to find a way around this critical issue soon. Watch John Mueller’s full response to question at the 11-minute mark and may be also stick around for the rest of the discussion for some other valuable insights.