How is Search Query and its Synonyms Ranked? Google answers. 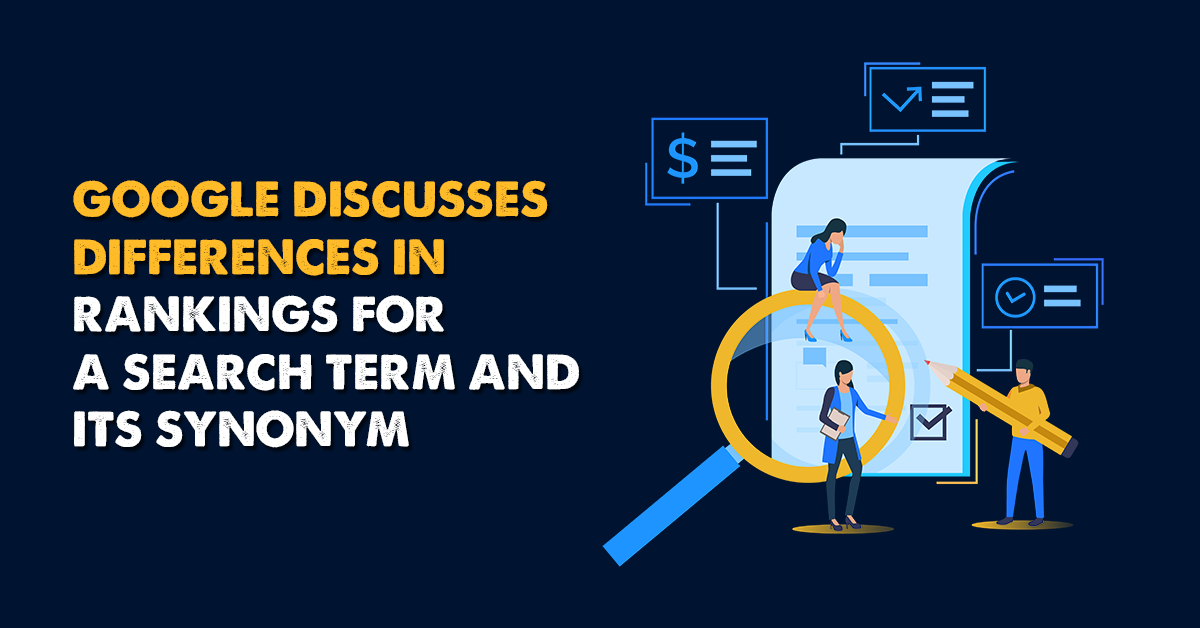 Posted at 11:59h in trending in seo by Mohit Behl
Share

In Google’s Office-hours Hangout recorded on 11 March 2022, Google’s John Mueller discussed the issue of search query and its synonym and how both can be ranked differently as both might have a different context attached to them. A question was posed by one of the viewers, asking how can there be such huge differences as to how a search query is ranked when compared to one of its synonyms. John explained that it is not so much about a synonym or a near variant of the keyword phrase as it is about what the phrase implies and the general context behind it. He said the results differ mainly due to what a user means when he or she types in the search query, and that Google needs to understand the full context of the query before deciding where to place it on the search results.

Even minor differences in search phrase can affect rankings.

The viewer cited an example whereby the page was ranked for the query “edit video” but not for its synonym or variant “video editor” and was left confused as to how can there be such a huge difference in terms of rankings.

“Why might there be tiny differences in synonyms or such terms that make such a big difference in ranking position?”

“So from our point of view, that can be completely normal and that’s something where on the one hand, we do try to understand things like synonyms in a query. But we also try to look at… the full context of the query. And especially when it comes to synonyms, we might assume that something is mostly a synonym, but that doesn’t mean that it’s completely a synonym.”

In general terms, when someone searches for “edit video”, there is this how-to element that is implied with it. Or from the user’s point of view, it could mean that he or she is searching for softwares that could help edit a video. As far as “video editor” is concerned, for the user it could simply mean that he or she looking for video editors, professionals, that could help him or her with the job or softwares that will enable him or her to do so. Both terms could mean different for different users and that is something Google can’t predict.

Context and User Expectations can contradict the search phrase in question.

John then went on to add that the context of the search query and what the user may mean by it is one of the reasons a search phrase and its synonym is ranked differently. He said.

And especially when you’re looking at something like “edit video” versus “video editor,” the expectations from the user side are a little bit different. On the one hand you want to edit a video. On the other hand you might want to download a video editor. And it seems very similar but… the things that the users want there are slightly different. So from my point of view, that kind of of makes sense that we would show different rankings there.

And we have the same with things like slightly different spellings of words, like if you have the British or the American version of an English word; if you have a word or letter with an accent and it doesn’t have an accent, we understand that these are mostly the same.

But we also understand that they’re slightly different. And we try to show search results that kind of take that into account.”

The best approach hereby is to write different articles for different search terms so that there is little room left for confusion and that each of the pages can be ranked on merit, keeping in mind the context as well as user intention. Watch John Mueller’s full response to question at the 39:35 minute mark and may be also stick around for the rest of the discussion for some other valuable insights.