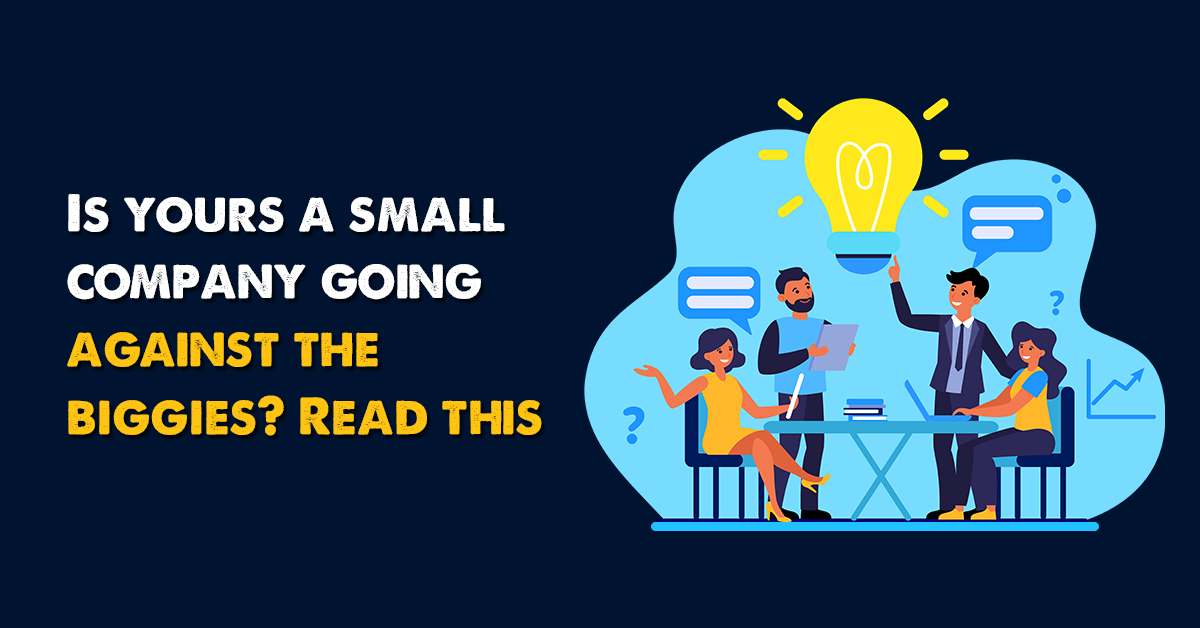 Posted at 08:21h in trending in seo by Mohit Behl
Share

In Google’s Office-hours Hangout recorded on 4 February 2022, Google’s John Mueller offered big advice offered big advice for small companies who are or going to be competing with the biggies. One of the viewers had a very valid and relevant question up his sleeve. He asked if it is unfair when Google runs Shopping Ads that display on the top of the results, pushing organic results further down the page. Some of them always are smaller companies who miss out on a huge chunk of visibility that comes with being ranked at the top. He then delivered a double blow, asking if there is at all a chance of smaller companies going against big players.

Competing against big companies is never going to be easy, online or offline.

Here’s the question posed by the viewer.

“In some industries, would it be unfair for Google Shopping ads to run alongside the ads displayed on the top of the search, as it pushes organic search results and smaller organizations further and further down the page? Do smaller organizations have a chance in competing with larger companies?”

To which, John said.

“I don’t know… I think this is almost like a philosophical question. From our point of view, it’s definitely not the case that we’re trying to focus on big websites or anything like that. But from a purely a practical point of view, obviously if you’re a small company and you’re trying to compete with larger companies, then it’s always going to be hard.”

John’s answer seem to address the issue in a general sense rather than taking the Shopping Ads factor into account, or maybe it’s all in there and kind of a given.

Size doesn’t matter. Or does it?

“And especially on the web, one of the things that I’ve noticed over time is that in the beginning, a lot of large companies were, essentially, incompetent with regards to the web and they made terrible websites. And their visibility in the search results was really bad. And it was easy for small websites to get in and kind of like say, well, here’s my small website or my small bookstore, and suddenly your content is visible to a large amount of users.

And you can have that success moment early on. But over time, as large companies also see the value of search and of the web overall, they’ve grown their websites. They have really competent teams, they work really hard on making a fantastic web experience. And that kind of means for smaller companies that it’s a lot harder to gain a foothold there, especially if there is a very competitive existing market out there.

And it’s less about large companies or small companies. It’s really more about the competitive environment in general.”

John emphasized on the fact that it is always about how well-optimized your website is and how good the user experience is, and not how big the website or the brand is. He backed this statement by digging up past examples whereby big companies were outwitted by the smaller ones. However, that is mostly because some of these big companies didn’t truly recognize the value of putting strong SEO strategies in place for years. And this kind of opened up a window for smaller brands to sneak right in and cement their place.

For a small company, its strength is its biggest asset.

“And that’s something where you, kind of, as a small company, you should probably focus more on your strengths and the weaknesses of the competitors and try to find an angle where you can shine, where other people don’t have the ability to shine as well. Which could be specific kinds of content, or specific audiences or anything along those lines. Kind of like how you would do that with a normal, physical business as well.”

While at the face of it, it may seem like big brands outweigh small ones in terms of strengths and advantages, that is not usually the case. For one, page-load time for a smaller site is something that can be greatly taken advantage of if done right. Big brands don’t generally sway that way. They are established. They can get away with it. Case in point – Shopping Ads. But smaller sites can use this gap to their advantage. Another big thing that smaller sites can use to their advantage is to build links and choose the content and relative keywords, primary and secondary, very wisely. A small, well-written and well-photographed on a secluded trekking spot is bound to outrank many of the established players in the travel market. It’s all about using what you have to your advantage. So, can small companies hold their ground in front of big companies? Yes, they surely can. Watch John Mueller’s full response to question at the 38:15 minute mark and may be also stick around for the rest of the discussion for some other valuable insights.