Why Backlinks Are Still Relevant according to Google 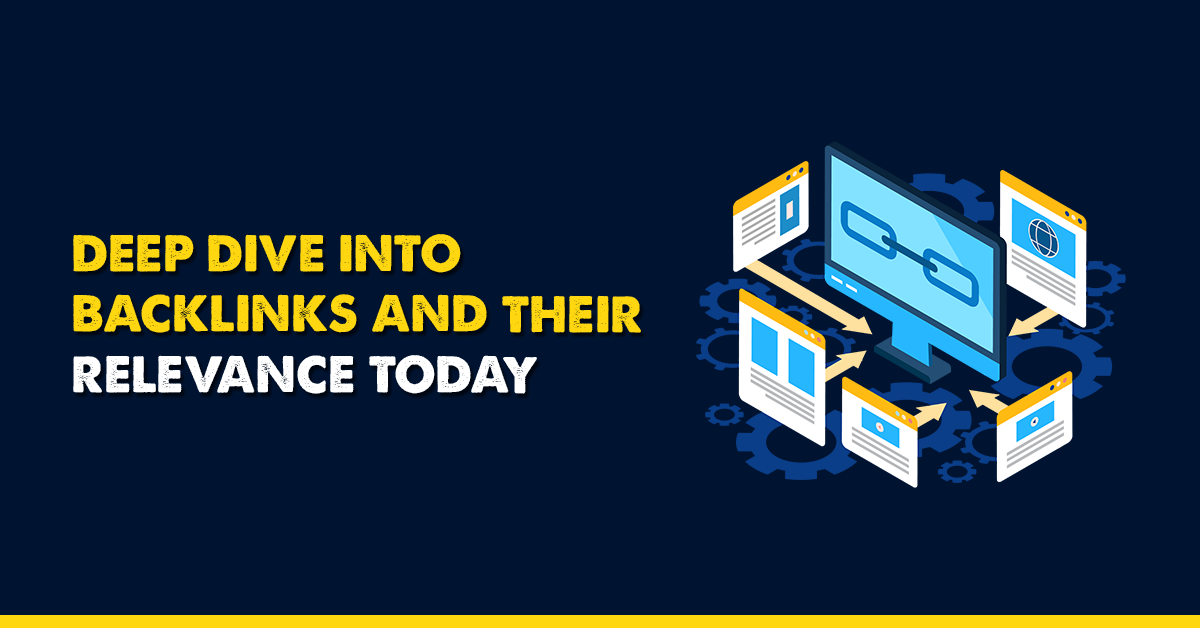 Posted at 13:53h in trending in seo by Mohit Behl
Share

The November 2022 Edition of Google’s Office-hours Hangout Q&A session had some interesting insights regarding backlinks and their relevance in today’s scenario. It’s a critical topic that was also the centre of discussion at the recent Search Off The Record Podcast at Brighton SEO, in which Google’s Search Advocate John Mueller made an interesting revelation. He said, “Well, it’s something where I imagine, over time, the weight on the links at some point will drop off a little bit as we can figure out a little bit better how the content fits in within the context of the whole web.”  This straight-up implies that backlinks as ranking signals are less impactful than when Google started. However, we believe, and Google’s documentation also states (we’ll get to it) that backlinks have a crucial role to play; it’s just not the role how everyone perceives them to play. Let’s take it from the top.

Backlinks and their impact, today!

The discussion in this Office-hours Hangout took an interesting turn when one of the viewers fired a no holds barred question about backlinks at the official Googlers, asking why does Google still uses backlinks a ranking factor if link-building campaigns are not allowed and are being discouraged. Here is the exact question.

“Why does Google keep using backlinks as a ranking factor if link building campaigns are not allowed? Why can’t Google find other ranking factors that can’t be easily manipulated like backlinks?”

As enthusiastic viewers, we didn’t expect things to escalate to this level. There was genuine curiosity and valid reasoning behind the question. And John took his time explaining the whys, making Google’s stance on it pretty clear. He said:

“There are several things to unpack here. First, backlinks as a signal has a lot less significant impact compared to when Google Search first started out many years ago. We have robust ranking signals, hundreds of them, to make sure that we are able to rank the most relevant and useful results for all queries.”

And where do backlink campaigns fit into the picture?

John split his response into two sections; the latter part of it is which we are getting to. If backlinks as ranking signal are less impactful today than in the past, then that implies that they are still relevant. Just not as relevant as they were before as a ranking signal; now, their role is something different. Before we discuss it, let’s have a read at what John said about backlink campaigns and where they fit in today’s SEO scenario.

“Second, full link building campaigns, which are essentially link spam according to our spam policy. We have many algorithms capable of detecting unnatural links at scale and nullify them.

This means that spammers or SEOs spending money on links truly have no way of knowing if the money they spent on link building is actually worth it or not, since it’s really likely that they’re just wasting money building all these spammy links and they were already nullified by our systems as soon as we see them.”

We totally understand the kind of campaigns John I referring to. But not all campaigns are paid and irrelevant. Some are a result of a cohesive, collaborative effort between different websites whose sensibilities, quality of content, and niche are a perfect fit. In isolated cases like these, we believe backlinks have a stronger role to play that goes beyond merely using them for a quick ranking boost as opposed to a sustained marketing effort, which is what it should be. And which is how we do it here. The relevancy, then, is very much intact; it is just different then what it used to be. Even Google says so.

Why backlinks are still relevant according to Google?

As we mentioned earlier, backlinks serve a function that goes beyond their role as a ranking signal. Google’s Official Documentation states:

“Google also finds pages through links from other pages. Learn how to encourage people to discover your site by Promoting your site.

Chances are, there are a number of sites that cover topic areas similar to yours. Opening up communication with these sites is usually beneficial. Hot topics in your niche or community could spark additional ideas for content or building a good community resource.”

That being said, the document also says that you need to avoid “Spamming link requests out to all sites related to your topic area” and “Purchasing links from another site with the aim of getting PageRank.” That and quality of these links will triumph quantity on any given day. As is the case with everything else in this world, it is with the same with backlinks as well. You can listen to John’s full response to this question at the 06:08 minute mark, and may be also stick around for the rest of the discussion for some other valuable insights.